24 hour gyms are all the rage – and for good reason. They’re flexible, you can work out on your own terms and best of all, you can avoid the busy periods of the day and actually get your hands on your favourite machines.

Here are a list of the major gym chains that offer 24/7 access and some important details you should know about them before joining up.

At Get Gym Fit, our mission is to help gym seekers join a new facility that’s the right fit, for the best price. learn more about what we do

↓ More Info on Each gym below ↓

*The prices and information shown in this article should be viewed as a general guide only as it can vary depending on location, how long you commit for, promotions and can also change over time. We do our best to ensure our content is up to date, however, you should always confirm prices and membership details before signing up.

Some other well-known gym chains that ARE NOT open 24/7 include Virgin Active, Crunch Fitness, Fitness First, Body Fit Training and F45 Training.

When joining a 24 hour gym, you will typically need to pay for an access pass/key which allows you to enter the facility during non-staffed hours.

The cost for this pass varies from free to $99 and in most cases it is non-refundable once membership ceases. In many cases, the general sign up fees associated with joining your particular gym will cover the cost of the access pass, but not always.

Gyms also have very hefty financial penalties for letting non-members into the facility with your access card during non-staffed hours. The bottom line – just don’t risk it.

Snap Fitness is a North American gym chain founded in 2003 and has since grown to over 2000 clubs across the world and over 200 in Australia alone.

Snap are all about offering an affordable gym membership that allows you to work out at any time without having to pay for all the bells and whistles that other clubs charge a premium for.

Each Snap Fitness Club has the basic facilities and equipment you need to make a great start on your fitness journey.

Although 24/7 gyms certainly have their perks, there are a few downfalls to consider.

Most 24/7 gyms are quite limited in space and equipment. This means that during peak times of the day, it gets extremely busy and crowded. Unfortunately, most 24/7 gyms do not offer group fitness classes, such as yoga, pilates, HIIT, etc. Zap Fitness is an Australian gym chain with over 55 locations across Victoria, South Australia and Tasmania. They are a low-cost, tightly packed facility similar in size to Jetts, Snap and Anytime Fitness.

All Zap Fitness locations are open 24/7 and their sign up fee is $69, which includes your 24 hour access pass.

Some limitations that Zap Fitness have are:

✗ The cheap price tag will also mean it gets pretty busy during the peak periods of the day, however, there is more than enough value here to kick-start your fitness journey. Club Lime first opened their doors in the ACT in 2004 and are now one of the fastest-growing gym chains in Australia, sporting over 30,000 members. Club Lime is owned by Viva Leisure, who also owns the Plus Fitness and Fit n Fast franchises.

Most Club Lime locations are open 24/7 – make sure you check your local club to see whether they have the access you require. You’ll also need to pay $59 when signing up for your all hours access pass.

Some limitations Club Lime have are:

✗ If you’re hoping to visit multiple Club Lime locations, your membership fees will be substantially more than for single club access.

✗ Each Club Lime has considerably different prices and offerings, which may be a little confusing for new members. Make sure you check what’s on offer at your specific location before joining.

✗ Club Lime is still growing, so does not yet have many locations in some states. Jetts is an Australian gym chain started in 2007, and has since grown to over 180 locations across the country, 280 around the world and 200,000 members. They are a major player in the Australian gym industry and can be easily found in a location near you.

Some limitations Jetts Fitness have are:

✗ The equipment is limited and the clubs are very small in space, meaning it gets very busy and congested during peak times of the day.

✗ If you want to partake in group fitness, it will cost you more per week. Jetts group fitness is also not very extensive and has limited options. 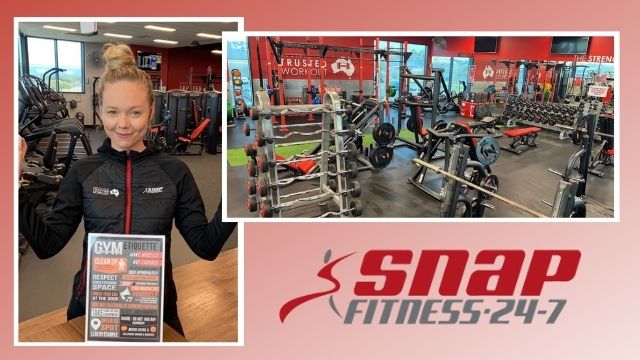 Snap Fitness is a North American gym chain founded in 2003 and has since grown to over 2000 clubs across the world and over 200 in Australia alone.

Some limitations Snap Fitness have are:

✗ You may find yourself a little cramped and the facilities are often quite crowded during peak times. Snap also only has the basics in terms of equipment, rather than any extensive facilities.

✗ Snap Fitness are very limited with their group fitness. If you want a wide variety of classes, you’ll need to look elseware. Plus Fitness is an Australian owned gym chain with over 170 locations in Australia and 220 across the world. The majority of their clubs are based in NSW and a membership will give you access to them all 24/7.

Limitations of Plus Fitness include:

✗ Plus Fitness are quite limited in space – they’re not the biggest facility and have the basics, rather than anything fancy.

✗ The sign up fee is between $78 – $128, which is a little pricey, especially if you’re only signing up for a short period of time.

✗ Plus Fitness are very limited in their group fitness offerings. Occasionally, a club my offer very basic classes, but they aren’t a patch on other gym chains’ offerings. 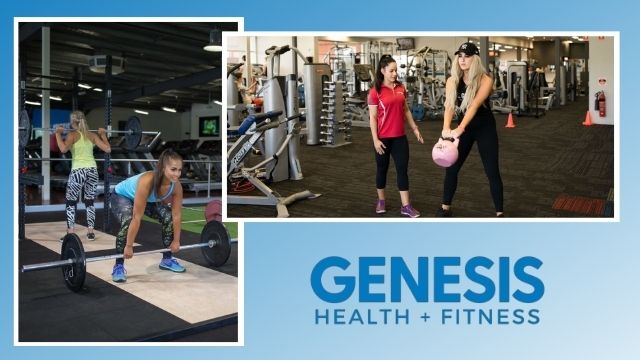 Genesis Fitness is an Australian owned gym chain first opened in 1997 in Melbourne and has since grown to over 39 locations across Australia. They are passionate about ‘creating a fitness community that is inclusive, encouraging and empowering for everyone.’

Some limitations for Genesis include:

✗ Genesis don’t offer 24/7 access at all of their locations.

✗ Like many other big gym brands, many members experience frustrations and unexpected costs when trying to cancel their membership at Genesis. It’s very important that you thoroughly read and understand you contract before signing up. Anytime Fitness was founded in the USA in 2002 and has since grown to become a global franchise with over 4500 clubs worldwide. They also have around 500 clubs in Australia alone, serving over 500,000 members.

Anytime was the first gym chain to lead the charge with offering the ability to train 24/7 which lead to their extreme success.

Some limitations Anytime have include:

✗ Most Anytime gyms we have visited have been pretty small in size and have a large number of members, which means it can get fairly crowded during peak times.

✗ Anytime are very limited in their group fitness offerings. Occasionally, a club my offer very basic classes, but they aren’t a patch on other gym chains’ offerings.

✗ During your first month of membership, you’ll only have access to your home club. This may be frustrating for those who want to go on a last minute trip and sign up for their gyms while they travel. Goodlife Health Clubs were founded in 2002 and have since grown to over 85 locations and 295,000 members across Australia. Their aim is to ‘move people to achieve great things – whether it’s maintaining a better work/life balance, creating healthy habits or training for marathon’.

Some limitations Goodlife have are:

✗ We have seen a few issues with members struggling to cancel their memberships and have had bad experiences with customer service. Oftentimes, this is because they haven’t read their contract correctly. Make sure you have a thorough understanding of what your contract entails before signing.

✗ Unless you’re committing to a long term contract, Goodlife prices can really start to add up for pay as you go options, with some sources quoting $22.95 per week for membership.

✗ Goodlife are ‘hyper-vigilent’ with signing up members, so keep in mind that if you give them your contact details, you will be followed up and contacted quite thoroughly in an attempt to get you to join.

Do you want to join the gym but aren't sure how to get started? Here are some helpful resources. 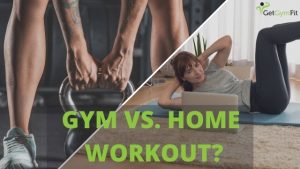 Should I Join the Gym or Workout at home?

Should I join the gym or workout at home? It’s What to Expect at the Gym: A Complete First-Time Guide

We all remember that nervous feeling on your first day Have you ever paid for a gym membership but never